Home / Events / Past Events & Webinars / How Do You Scale IoT/M2M Deployments Quickly?

How Do You Scale IoT/M2M Deployments Quickly?

IoT has been dubbed the next tech revolution with the potential for over 100 billion connected objects in the next 4 years. Going from 100 to 10,000 to 100 billion connected devices in the field involves significant planning, however understanding the IoT stack that is best suited to fit mass deployment isn’t always clear given the IoT market is still maturing. This webinar will provide today’s IoT adopters with an IoT planning checklist to enable quick scale quickly and ease of deployment.

* Can’t make the live session? All registrants will receive access to the archived version of the webinar. 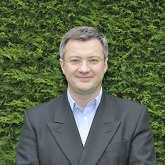 Jim is a respected telecommunications industry expert, with over 20 years’ experience of strategy consulting, operations management and telecoms research and has worked on-site in excess of 30 countries worldwide. Previous experience includes strategy consulting for Booz Allen & Hamilton, Head of department at the BBC and also work as a freelance consultant. At Cable & Wireless he was Secretary to both Operating and Executive Boards of the Business Networks division and project managed the restructuring of that entity as Cable & Wireless Global Markets.

Jim is a co-author of the Ignite IoT project management framework and the accompanying book entitled “Enterprise IoT”, and he is a contributing author to “Machine-to-Machine (M2M) Communications”. He is a member of the Global Advisory Body for the Institution of Engineering and Technology (IET) India IoT Panel and regularly participates as a judge for IoT industry awards. He is currently Programme Committee Co-Chair for the Geo-IoT conference and a member of the International Advisory Panel for the IoT Asia conference. He holds an MA in mathematics from Oxford University.

Allen Proithis is the President of SIGFOX North America and has an extensive background in the IoT and M2M markets, having led the development of several businesses in those spaces over the last five years. Before joining Sigfox, Proithis led the funding and launch of wot.io, an award-winning Internet of Things startup focused on accelerating value produced by the data generated by the IoT . Prior to that, he was executive vice president of InterDigital Solutions, where he was responsible for monetizing a $700 million, 10-year R&D investment by taking commercially promising technologies to the marketplace. In that role, he led the creation of Convida Wireless, an M2M joint venture with Sony, InterDigital and Stephen Capital, and served as chairman. Earlier in his carrier, Proithis spent seven years at Hewlett-Packard. At HP, he ultimately led strategy & business development for their Handheld Business Unit, where he was responsible for strategic initiatives for mobile devices, software and services, including the launch of HPs first mobile app store. Proithis began his career in the consulting business in the telecom and technology industries and holds a Bachelor of Arts degree in telecommunications from Penn State University.

Dennis Natale is the vice president of IoT strategy and business development at Silicon Labs. With nearly 15 years of experience in bringing connected devices to market, Dennis has deep technical knowledge of the Internet of Things and the complex ecosystems that underpin the IoT. His executive experience includes strategic business development, sales management, and market development for leading-edge technology companies, as well as entrepreneurial ventures. Dennis joined Silicon Labs in 2012 when the company acquired Ember Corporation, where he served as senior SVP of worldwide sales. During his 6-year tenure at Ember in the Boston area, Dennis positioned the company as a global leader in the ZigBee IoT, connected home and smart energy markets. He holds a bachelor of science degree in mechanical engineering from Clarkson University and a master of science degree from Rensselaer Polytechnic Institute.