I am sure over the past few months just about all of us have felt like that at some point. We have turned into statistic watchers, studying the figures of deaths and hospital admissions looking for glimmers that show the situation is improving.

And it has improved, there are fewer people dying and catching the disease, but there are still a lot of deaths and for every bit of hope there is more cause for despair as the virus takes hold in another region with devastating effects.

As well as the human toll, the impact on business has been catastrophic. Many companies will not recover from this and already we are seeing some go to the wall.

It was against this background that I was more then a little nervous when the latest IMC IoT Buyers’ Index dropped into my inbox. This was looking at what companies that our industry covers were planning for the coming months and years.

Surely, in such depressing times these figures would make depressing reading. I was surprised.

The key question asked was whether companies planned to make a significant investment in IoT technology or connectivity in the next six, 12, 18 or 24 months.

The good news was that more than half of the 126 respondents said they would be making investments in the six- or 12-month timeframes, and this was up significantly from the final quarter of 2019.

For those making actual products, the number saying they had no investment plans fell sharply. And among enterprise users, those planning on investing inside of six months rose sharply.

OK, these are the highlights, but what was maybe more encouraging was as I scrolled through the slides I was focussing on the last bit of each graph, in the same way as I focussed on the Covid-19 figures, looking for a dip or rise at the end to show which way things were going. And I was not disappointed.

True, this was not universal good news. There were some dips where I wanted rises but just about on every slide there were one or more lines going in the right direction.

All of this produces hope, in the same way I hope that Electronica, the massive German electronics show in November will not go the same way as so many other events this year and end up being cancelled or postponed, or, on a more personal note, my holiday to Phuket in December will go ahead as planned.

We live by hope, especially in periods such as this, but we do so knowing there will be more hurdles ahead, more causes for despair, and that some of those hopes will be dashed. And as such here I disagree with John Cleese. Unfilled hope often seems worse than no hope at all, but without that hope, we would never set goals or targets, and we would never experience the relief or joy when the hope turns to reality.

Yes, the IMC survey’s green shoots are small for our industry, but at least they are there. 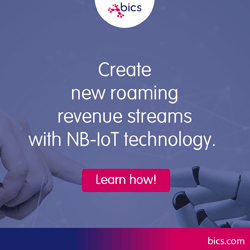